Why Doesn’t Coffee Wake Me Up: The Truth About Caffeine

When most people drink coffee, they expect to feel more awake and alert. However, this isn’t always the case. In fact, for some people, coffee actually has the opposite effect and can make them feel more tired. So why doesn’t coffee wake me up? The truth is that caffeine doesn’t have a strong effect on everyone. Some people are naturally resistant to caffeine’s effects, while others become tolerant to it over time.

You’ve probably also heard people say that they can drink a whole pot of coffee before bed and still get a great night’s sleep. While drinking coffee before bed may not be the best idea for most people, it doesn’t mean that they’re resistant to caffeine’s effects either.

What’s in your coffee?

There are millions of compounds that make up coffee. From water to acids and oils, there’s a lot going on inside that cup of joe. But why does caffeine have such an effect on our bodies? To answer this question, we need to look at what caffeine actually is and why it makes us feel alert.

Caffeine is a stimulant drug that increases your heart rate, blood pressure, and breathing. It’s also a diuretic, which means that it makes you go to the bathroom more often. All of these effects work together to keep you awake.

The amount of caffeine in coffee can vary depending on the type of coffee, how it’s roasted, and how much is used in each cup. But on average, one cup of coffee contains about 80 milligrams of caffeine.

How does it work?

Caffeine works by blocking the effects of adenosine, a chemical in your brain that makes you feel sleepy. Adenosine is what causes us to get tired after a long day and why we need sleep every night to function properly.

When caffeine blocks adenosine, it prevents the brain from getting tired and makes you feel more awake. This is why drinking coffee before bed can actually keep you up all night.

Caffeine also has a mild addictive quality, which is why many people find it difficult to break the habit of drinking coffee every day.

How much caffeine is too much?

Caffeine affects everyone differently. Some people are more sensitive to its effects than others, which means that a certain amount of coffee can make them feel jittery and nervous. Others may be less sensitive and need more in order to get the same effect. Caffeine can also cause acid reflux and other digestive problems in some people.

The recommended maximum daily caffeine intake is 400 milligrams or about four cups of coffee. But if you’re not used to drinking caffeine, start with a lower dose and work your way up slowly.

Caffeine isn’t just found in coffee beans either. It’s also present in tea, soda, energy drinks, and chocolate. So be aware of how much caffeine you’re consuming each day and try to limit yourself to no more than 400 milligrams.

Why are some people resistant to the effects of caffeine?

There are a few reasons why some people aren’t as sensitive to caffeine’s effects. The first is that they may have higher levels of certain enzymes in their liver, which break down and eliminate the drug more quickly than others.

Another reason why some people don’t feel much from caffeine is that they have developed a tolerance over time. This means that their body produces more enzymes to break down the drug, which reduces its effectiveness. If you drink coffee every day for years on end, it won’t be as strong when you stop drinking it for even just one week!

How does caffeine affect sleep?

Caffeine can also affect your sleep if you consume too much of it during the day or before bedtime. When we’re tired and sleepy, our bodies release melatonin to help us fall asleep. But if you drink coffee after dinner or before bedtime, this can interfere with the natural production of melatonin in your body and make it harder for you to get a good night’s rest.

Caffeine stays in your system for about six hours, so try not to consume any within that timeframe before going to bed. If possible, stop drinking coffee altogether if you are really struggling with sleep.

There are many reasons why some people aren’t as sensitive to caffeine’s effects as others–but there is no one specific reason why certain individuals can drink copious amounts without feeling anything at all! It could be due to a combination of factors such as genetics, age, gender, tolerance to caffeine, etc. It might take some trial and error for you to find out why coffee doesn’t wake you up!

How do you know if you’re resistant to caffeine or not?

There are a few ways to find out if you’re resistant to caffeine or not. The first is by checking your caffeine tolerance level. Seems pretty easy, right?

Another way to test your sensitivity is by abstaining from caffeine for a week and then consuming 400 milligrams in one day. If you experience negative side effects such as jitters, anxiety, or insomnia, then you’re probably more sensitive to its effects.

The best way to determine how much caffeine is too much for you is by keeping track of how you feel after drinking different amounts. Start with 100 milligrams of caffeine (about one cup of coffee) and note any changes in your energy levels, moods, or sleep pattern. Then gradually increase the dose until you reach 400 milligrams (four cups of coffee).

If there’s no noticeable change in these factors with each incremental dosage increase then you’re probably not sensitive enough to the drug!

What should I eat for breakfast instead of coffee to avoid that crash later in the day?

If you are prone to crashing later in the day, try eating a high-protein breakfast instead of coffee. Studies have shown that people who eat eggs for their morning meal tend to experience fewer energy slumps during the afternoon hours!

One cup of cooked rolled oats contains about eight grams of protein and five grams of fiber which will keep you full until lunchtime comes around. In addition, it doesn’t contain gluten like some other cereals do so this is an option if you’re looking for something different from your usual routine but still want all those nutrients packed into one delicious bowlful!

What are some alternatives to coffee?

If you’re trying to wean yourself off coffee altogether, then there is always herbal teas and decaffeinated coffee which still have a nice flavor without all the caffeine. In fact, decaf coffee actually contains a small amount of caffeine (about three milligrams per cup)–so it’s not as bad as you might think!

There are so many delicious and healthy breakfast options out there that don’t involve caffeinating yourself first thing in the morning. Why not try one of them instead? You might be surprised at how great you feel after eating a nutritious meal to start your day!

Is Coffee Healthy for you?

Yes, for the most part. Coffee has a lot of health benefits such as reducing the risk of diseases such as Parkinson’s and Alzheimer’s. It can also help you lose weight or maintain a healthy weight, improve your mental clarity, and increase your energy levels.

However, like with anything else, too much coffee can be bad for you. Excessive caffeine consumption can lead to problems such as anxiety, insomnia, restlessness, and even heart palpitations. So it’s important to find the right balance for you and drink in moderation!

Which cup of coffee has the most caffeine?

If you need a caffeine kick in the morning, why not try drinking some of the world’s strongest coffees? The most caffeinated coffees are found in countries like India, Indonesia, and South America. Single origin coffee is a good way to find out which coffee has the most caffeine because each bean is from a different location.

Coffees that are known for their high caffeine levels include robusta coffee blends. However, these coffees can be quite bitter so it might take some time to get used to their flavor. If you’re looking for a more flavorful caffeine buzz, try drinking lighter roasts!

How much caffeine should I drink per day?

The recommended daily allowance (RDA) for adults ages 19-50 is 400 mg which equates to roughly four cups of coffee per day. However, those who have high blood pressure may want to limit themselves no more than 300 milligrams per day as excessive amounts could exacerbate their conditions.

Pregnant women and those who are breastfeeding should also stick to the lower end of the caffeine spectrum as too much caffeine can be harmful to both mother and child. Check with your doctor if you’re unsure about how much caffeine is safe for you to drink!

So, Why Doesn’t Coffee Wake Me Up?

There are many reasons why coffee might not be waking you up as it should. It could be due to a combination of factors such as genetics, age, gender, tolerance level, etc. The best way to determine how much caffeine is too much for you is by keeping track of what you feel like after drinking different amounts. If there’s no noticeable change in these factors with each incremental dosage increase then you’re probably not sensitive enough to the drug!

Instead of relying on just coffee to wake you up in the morning, try eating a high-protein breakfast instead. This will help keep you full until lunchtime comes around and will also provide you with important nutrients that your body needs. There are many delicious and healthy breakfast options out there that don’t involve caffeinating yourself first thing in the morning. Why not try one of them instead? You might be surprised at how great you feel after eating a nutritious meal to start your day! 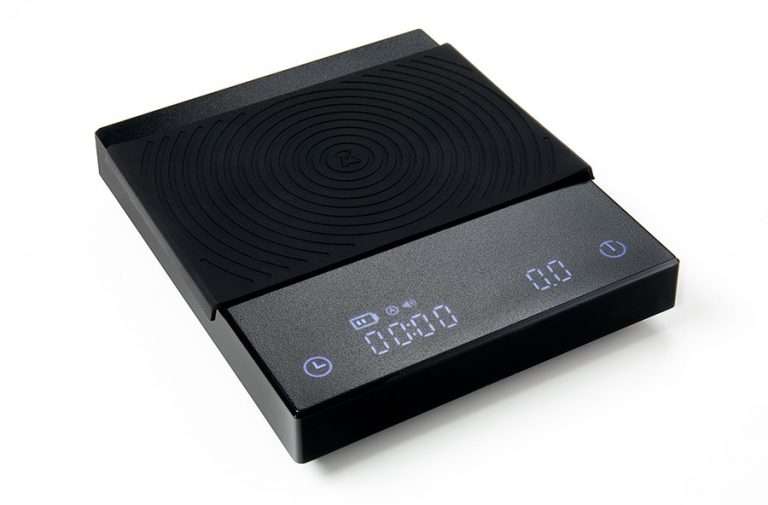 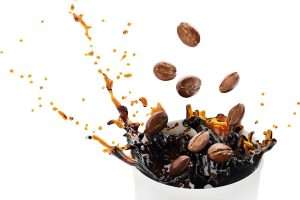 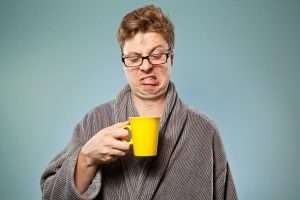