Why Is Coffee Called Joe? The Story Behind Coffee’s Name

History is full of crazy etymologies (the study of the origin of words and how their meanings have changed throughout history). Coffee is no different.

There is an ever-growing list of different types of coffee, each with a unique name and origin story. Some of these names make sense, like cappuccino (named after the Capuchin monks who originally created the drink) or espresso (named after the speed with which it is made). But other coffee names are a bit more mysterious, like café au lait (literally “coffee with milk” in French) or mocha (named after the city in Yemen where coffee was first cultivated).

So how did coffee get its name? Unfortunately, there is no one clear answer. Furthermore, how did a plant that started in Ethiopia end up being called a cup of Joe?

Let’s do our best to find out “Why is Coffee Called Joe?” and learn more about the history behind coffee’s name…

What is the etymology of the word “coffee”

Coffee was first discovered in Ethiopia in the 9th century. It is believed that coffee was originally discovered by a goat herder who saw his goats eating the berries off of the coffee plant and then had so much energy they couldn’t sleep at night. After that, word spread quickly!

The word “coffee” may come from the Ethiopian word bunnə, which means “bean.” This is because coffee was originally consumed as a whole berry, including the coffee beans, and not just brewed as a beverage.

Of course, there is the chance the word “coffee” comes from the Arabic word قهوة or “qahwa” which means “wine.” This is because coffee was first consumed in Arabia and was seen as an alternative to alcohol.

It’s also worth noting that the first coffeehouses were called “qahveh khaneh” which translates to “coffee house” in Persian.

Another theory suggests that the word “coffee” comes from the Turkish word “kahve” which means “strength.” This is because coffee was originally consumed for its stimulant properties and was used as a way to stay awake during long nights of prayer.

So, as you can see, there are a few different possible origins for the word “coffee.”

When was the word “coffee” first written down?

The first written record of the word “coffee” comes from a 1582 German publication called botanical Gardens Concerning Curious Plants by Leonhard Rauwolf. In this book, Rauwolf wrote about his experience traveling through the Middle East and tasting coffee for the first time.

It wasn’t until 1650 that the word “coffee” began appearing in English publications. The first time it was written down in English was in a medical textbook called The Physical Dictionary by Nicholas Culpeper.

The first time coffee was mentioned in relation to the drink we know today was in 1675 in a London publication called The Advice to Young Women. The author advises women against drinking coffee in this book because it will make them “dry and wither.”

So, from these early written records, we can see that coffee was first consumed in the Middle East and then spread to Europe. It is also interesting to note that coffee was originally seen as a medicinal drink and not something to be enjoyed for its flavor.

How did coffee get its English name?

Interestingly, the word “coffee” first appeared in English in 1598 in the form of the word “caffa.” This was likely a corruption of the Italian word caffè, which in turn came from the Arabic word qahwa.

Many English words were derived from Arabic, including “sugar” and “syrup.” However, it is unclear why the word “caffa” was used to describe coffee when so many other English words could have been used instead.

So, we can see that coffee’s English name is likely derived from the Italian and Arabic versions of the word. However, it is still unclear why the Arabic word was used in the first place.

So how did coffee go from being called “caffa” to becoming Joe?

Well, there are a few different theories…

The first theory is that coffee was given the nickname Joe in the early 20th century as a way to make it more masculine. This was because, at the time, coffee was seen as a drink for ladies, and there was a popular belief that men should only drink alcohol. So, by giving coffee masculine slang terms like Joe or Java, it would make it a more acceptable, strong drink for men.

The second theory is that coffee was given the nickname Joe during World War II. This is because soldiers would often call each other by their last names, and there were a lot of Joes in the military. Therefore, it became common to refer to coffee as Joe since it was something that everyone had to drink.

The third theory is that coffee got its nickname from the character Joe from the popular comic strip “Bringing Up Father.” In the comic, Joe was always seen drinking coffee, so it is possible that people started calling coffee Joe because of this.

Josephus Daniels is our fourth theory. Daniels was the United States Secretary of the Navy during World War I, and he instituted a policy that banned alcohol from all navy ships. This policy was nicknamed “the coffee rule,” and it is possible that this is how coffee got its nickname.

A final theory is that the first time the word “Joe” was used concerning coffee was in 1775 in a publication called The Pennsylvania Gazette. There was an advertisement for “Joe’s Coffee House in this newspaper.”

Why does coffee have so many different names?

There are a few reasons for this. First, coffee is a global drink, and it is consumed in many different countries.

The second reason for this is that coffee has a long history, and it has been around for centuries. During this time, it has been called by many different names as it has spread around the world.

The third reason is that there are many different types of coffee, and each type has its own name. For example, there is espresso, cappuccino, latte, and many others.

Is the average Joe a common man’s drink?

When the United States was first discovered, tea was the preferred drink of the elites, while coffee was the average drink consumed by common folk (average man). This is likely because tea was more expensive, and coffee was considered a lower-class drink.

President Woodrow Wilson was the first to change this perception when he served coffee at his inauguration in 1913. After this, coffee became more popular among the elites, and it has since become a drink for all classes.

There was a revolution

The American Revolution was fought over many things, including taxes on tea. At the time, there was a tax on tea imported into the colonies, but not on coffee.

Tea became “un-American” for a time. After the American Revolution, drinking tea became associated with being British. This is because the British East India Company had a monopoly on the tea trade. As a result, many Americans started drinking coffee instead of tea.

In 1827, a New York coffee merchant named John Taylor wrote a book called “The Housekeeper’s Friend.” In this book, he argued that coffee was a healthy and wholesome drink that should be consumed by all Americans.

As a result of this book, coffee became known as the “American drink.” This is because it was seen as a symbol of democracy and equality. It was something that everyone could enjoy, regardless of social class.

Even President Abraham Lincoln drank coffee. He was known to drink up to 12 cups of coffee a day!

Coffee became so popular in the United States that it was even used as a way to prepare for battle. During the Civil War, both Union and Confederate soldiers would drink coffee to help them stay awake during battle.

Coffee has been America’s drink for centuries, and it shows no signs of slowing down. In fact, coffee consumption in the United States has increased.

Did somebody trademark “Cup of Joe”?

The Martinson Coffee Company trademarked the phrase “Cup of Joe” in 1934. However, the company no longer exists, and the Nestle Corporation now owns the trademark.

While not a trademark, in 1931, the phrase “cup of joe” was also found in the Reserve Officer’s Manual, supposedly because of Joseph Daniels.

Coffee is still a very popular drink in the United States. In fact, it is estimated that Americans consume 400 million cups of coffee per day. That is a lot of coffee!

While coffee was once seen as a lower-class drink, it is now consumed by people of all social classes. It is not only an American drink but a global one. Coffee drinkers can enjoy just a cup of coffee, or they can add all sorts of flavorings to it. There are now many different types of coffee, including espresso, cappuccino, latte, and more.

No matter how you like your coffee, there is a type for everyone. So next time you drink a cup of coffee, think about all the history and culture.

So, the answer to the question “why is coffee called Joe?” is that there is no one answer. Coffee has a long and complicated history, and it has been known by many different names. The most likely explanation is that coffee became known as “Joe” because it was seen as a drink for the average man.

However, there are many other theories out there. Whatever the true origin, the coffee called “Joe” is here to stay. Happy brewing! 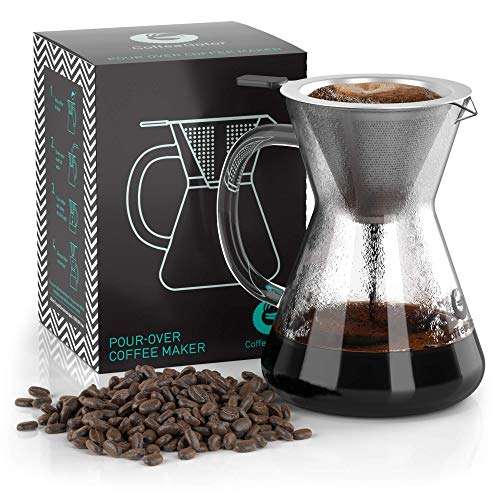 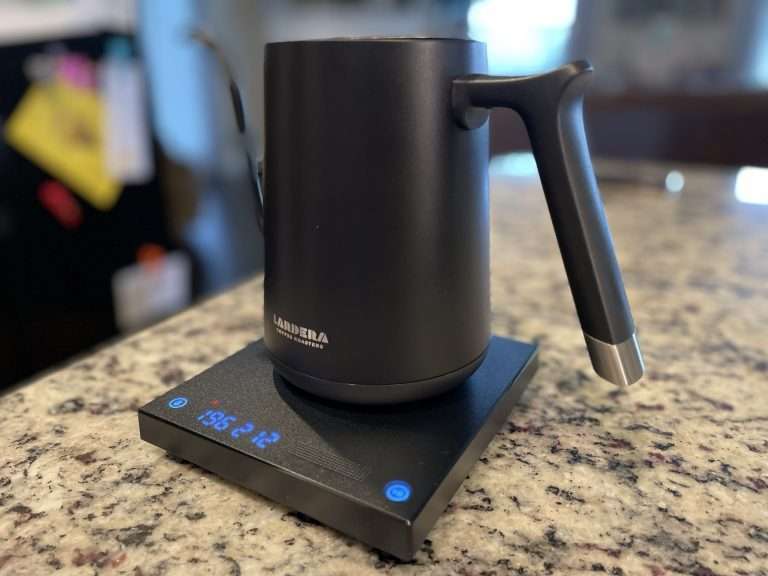 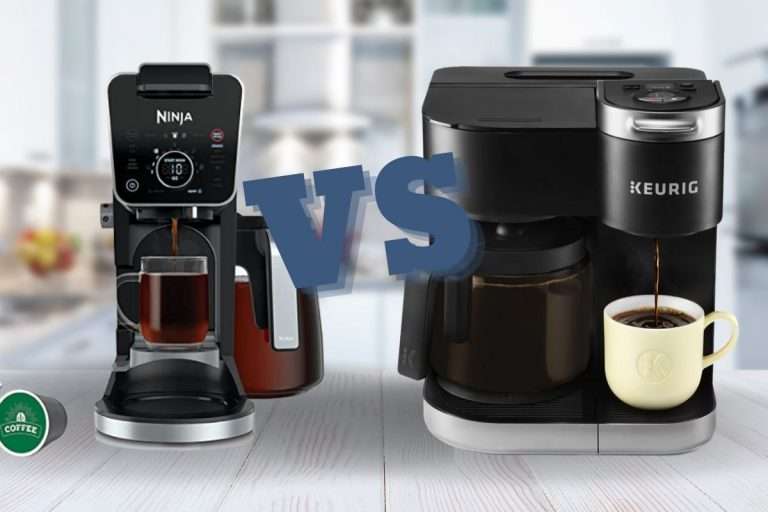 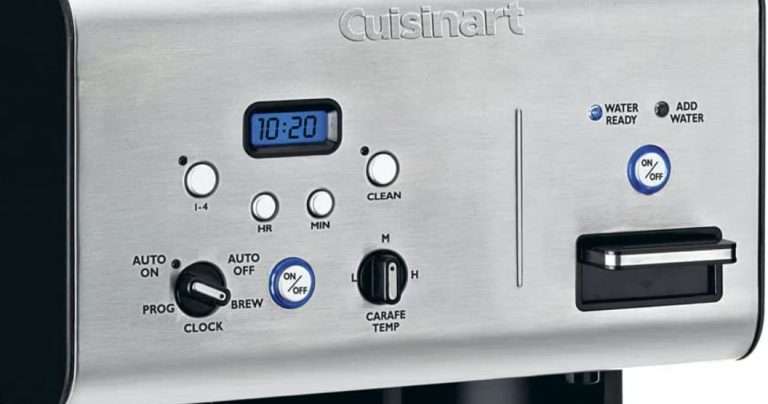 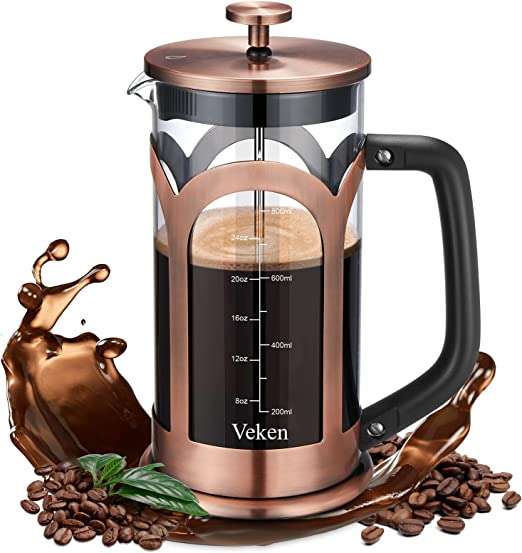 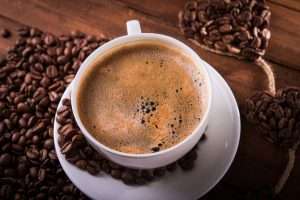 The Great Americano vs Drip Coffee Debate: How Different Can They Be? 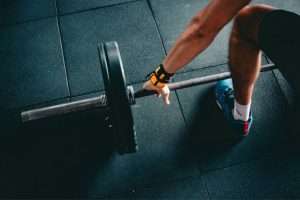 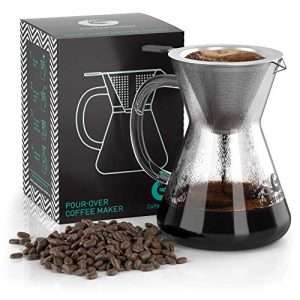